*I started writing this post before Game 1 of the series between the Pittsburgh Penguins and Philadelphia Flyers. Who knew the Pens would dig themselves such a hole so early in the playoffs by losing the first three games? They would eventually go on to lose the series. What a huge disappointment. I’ve since tweaked this post to ensure it wasn’t a complete waste and embarrassment of my support for the Pens.

It’s that time of the year again. Playoff hockey! Another year with no playoff hockey in Toronto. Just how bad were we this season? The look on Brian Burke’s face should tell you something. It’s been seven years since the city of Toronto has embraced the playoffs. Many fans including myself, have begun rooting for other teams in the NHL as a result. For me, that team is the Pittsburgh Penguins. They won the cup in 2009 and have been a threat in the NHL for the past five years. Here’s why:

The Three Pillars of Pittsburgh

Unless you’ve been living under a rock for the past seven years, you should know the name Sidney Crosby. If you’ve been a sports fan for that same period of time, you may have heard the name Evgeni Malkin. And if you’ve been following hockey closely for the past decade or so, you would be familiar with Marc-Andre Fleury. Together, these three players form what I call the “Three Pillars” of Pittsburgh. In my opinion, the “Three Pillars” are the core of the team and a huge reason for the success they’ve achieved in the past few years. They each bring their own set of skills to the team. But first, a little history lesson to describe the state of the team prior to the arrival of the “Three Pillars”.

The Penguins faced a few rough seasons from 2002 and 2004 leading up to the NHL lockout. Mario Lemieux, the current co-owner of the team and monster hockey legend of the 90s was still playing in his 2nd stint in the NHL with the Penguins. In addition to struggling in the standings, the team was also facing financial problems leading to rumours of bankruptcy. The poor performance of the 2002 season led to the Penguins landing the first overall pick in the NHL entry draft of 2003. That following year didn’t prove any better for the team, so they ended up with the second overall pick in the 2004 draft. And with their lucky stars, following the lockout of 2004-2005, the Penguins won the lottery again earning a first overall draft pick for 2005. These three years of number one and two picks would help form the foundation of a successful team in the NHL. Call it luck, but the three picks combined with some very smart player management led to the success for the black and yellow for years to come. 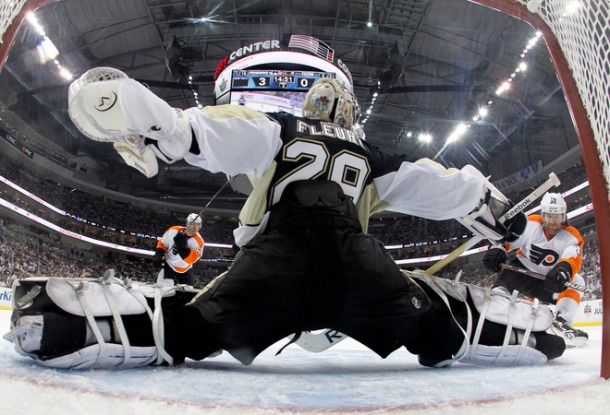 Only three goalies have ever been drafted first overall in the NHL. Marc-Andre Fleury (nicknamed “Flower”) is one of those three players. The Penguins drafted Fleury in 2003 and his career in the NHL began immediately playing his first NHL game on October 10, 2003. As the youngest goaltender in the league at the time, Fleury’s play was impressive but immature. He would share playing time with the other Pittsburgh goalies that year and finished the season with 21 games under his belt. It wasn’t until the 2006-07 season when Fleury flourished as a goalie. He became just the second Pittsburgh goaltender to reach 40 wins, and made his NHL playoff debut. He established himself as an elite NHL goaltender during the 2008-09 season by winning the Stanley Cup. Fleury would go on to win the gold medal at the 2010 Winter Olympics in Vancouver with Team Canada and teammate Sidney Crosby. He is now regarded as a top-tier goalie in the NHL helping the Penguins with their success. 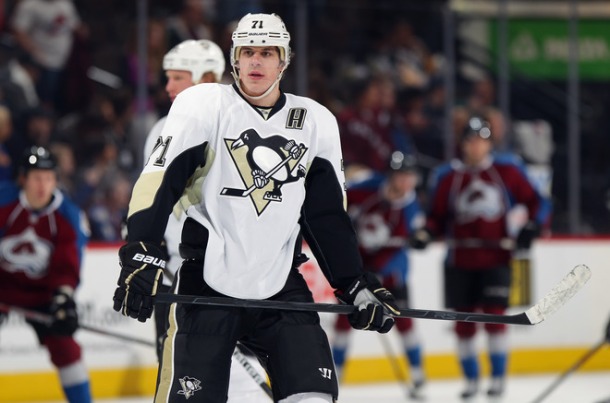 Evgeni Malkin was drafted second overall in the 2004 NHL entry draft right behind countryman Alexander Ovechkin. Both stars would have to wait a year before showcasing their talent as the NHL locked out in the 2004-05 season. In his first six games, “Geno” made quite the impression by scoring at least one goal in each of those six games setting a new NHL record. From that moment onwards, Malkin would solidify himself as a top five forward in the NHL. At the end of this past season (2011-12), he’ll have achieved 527 points in only 427 games, 208 of which are goals. He’s won two Art Ross Trophies (Most Points), a Calder Trophy (Rookie of the Year), a Conn Smythe Trophy (Playoff MVP), and of course a Stanley Cup ring. He’s achieved all of this in only six short seasons in the NHL. Perhaps most importantly, Malkin has been recognized for his ability to play both in the presence and absence of superstar teammate Sidney Crosby. Combined, they create a deadly duo and on his own, he’s stepped up to lead the team with Crosby ailing injuries. It’s not always easy living in the shadow of the best player in the world. Malkin has done a fine job of making a name for himself and being distinguished from the Kid. 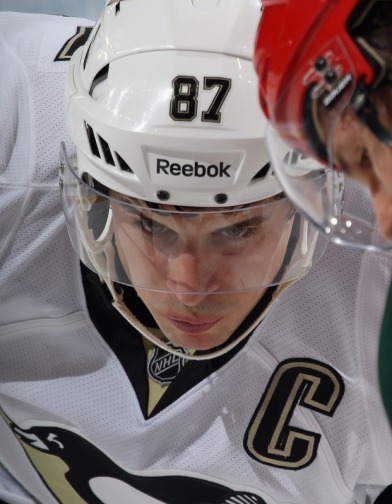 The “Sidney Crosby Sweepstakes” occurred prior to the 2005-06 season. Crosby was selected first overall by the Penguins in the 2005 NHL entry draft. Crosby would become the final piece of the puzzle for the Penguins foundation for success. Similar to Malkin, Crosby “Sid the Kid” made an immediate impact on the game. In his first NHL season, Crosby racked up 102 points in 81 games. His early success however did not come without criticism. Crosby was lamented around the league for being a “whiner” and complainer. Over time, Crosby would mature and become the poster boy for the NHL and the sport of hockey all over the world. To this date, Crosby has scored 609 points in 434 NHL games. He’s won the Maurice “Rocket” Richard Trophy (Goals Leader), an Art Ross Trophy (Most Points), a Hart Trophy (NHL MVP), a Stanley Cup ring and an Olympic Gold Medal. Not bad for a kid who was born the same year as me! Despite having an extremely difficult year this past season with concussion problems, Sidney Crosby continues to be the face of the sport and is widely regarded as the best hockey player in the world right now.

It is my belief that these three players form the foundation of the Pittsburgh Penguins and the success they’ve seen over the past few years. With two solid forwards up front, and a reliable goalie holding down the fort at the other end of the ice, you can’t ask for anything more solid. Of course this trio of superstars have played alongside  skilled veterans and talented rookies, but truly they are the heart and soul of the team. All three players should continue to see themselves attached to the Penguins organization for the foreseeable future. Mario Lemieux and his management office will not break this trifecta up if they want to continue the success they’ve seen over the past five years.

At the time of this writing, the Penguins took an embarrassing early exit from the playoffs against the Flyers in the first round of the 2012 NHL Playoffs. All three players will be scrutinized for their lack of performance, particularly Fleury. A little contradictory to what I’ve written in the paragraph above. It will be interesting to see what happens in the off-season and the steps Ray Shero (GM of the Penguins) takes to avoid another early playoff exit next year.